Of all the mental health disorders, depression is one of the most common. It can range from mild depression that’s short-lived and manageable to debilitating severe depression that causes suicidal thoughts. Antidepressants were created to relieve the symptoms of depression, but many people find their effectiveness to be limited. And for those who are suicidal, some antidepressants don’t work quickly enough.

Fear of having to live with unmanageable depression is no longer a concern for millions of people. That’s because at-home ketamine treatments are now an alternative therapy that’s proven to work when other medications don’t.

Depression is a mood disorder that affects feelings, thoughts and behaviors most days for at least a two-week period. A person’s mood is controlled by their brain. More specifically, certain regions of the brain control mood. Chief among the regions at play are the hippocampus, thalamus and amygdala. Within those regions there are brain chemicals known as neurotransmitters, neurotransmitter receptors, nerve cells and nerve circuits.

Medical experts have found that the onset of depression is more complex and nuanced. As with other mental health disorders, depression can have multiple causes.

Depression can be the result of:

Many medical experts now believe depression develops due to a number of factors rather than one single thing. There are also many brain chemicals involved, which means numerous brain chemicals are likely out of balance. This is why it’s been so hard for doctors to develop effective antidepressants for all patients that struggle with depression.

Ultimately, it’s now believed that depression is largely the result of low neuron (nerve cell) generation and impaired neural connections. When neuron generation (neurogenesis) is normal and nerve cell connections are strong, the information that’s sent over nerve circuits comes through more clearly and accurately. Unfortunately, that isn’t the case for people with clinical depression, and impaired neurogenesis can be caused by a number of factors.

Major depressive disorder often happens in bouts, and may only happen once in life. For example, postpartum depression occurs in the period after giving birth and slowly subsides for many women. However, without treatment symptoms can last up to three years in some women. Despite the duration of the depression, it may be the only episode a woman has in her life.

But the chances are if you have one bout of depression you’ll likely have another.

The effect clinical depression can have on a person’s day-to-day life can’t be understated. Both major depression (clinical depression) and manic depression (bipolar disorder) are noted as top reasons for disability because daily life is so profoundly impacted. That means the symptoms of depression are so bad the individual can’t work or function to support themselves.

These symptoms are present throughout most of the day, if not all day. When you consider this, it’s easy to see why people with depression feel overwhelmed and have difficulty managing without medical intervention.

Low dopamine levels are closely associated with depression. Many people mistakenly believe the neurotransmitter dopamine is simply the “feel-good hormone” because it’s associated with a sense of pleasure. But dopamine does much more than that. It basically regulates our entire reward system in the brain. As such, dopamine significantly impacts our motivation and drive to accomplish things as well. These reactions are physically manifested in low energy levels that make even small tasks a challenge to complete.

This is why people with depression don’t just lack a sense of pleasure. They can lose interest in taking part in things they once pursued and give up their goals. They’ll become inactive and withdrawn into themselves. They’ll have next to no energy or enthusiasm for anything.

In essence, it’s as if depression washes over everything taking away the vibrancy of life. Low levels of dopamine rob someone of their motivation to keep going and forging ahead. The person’s will to go on is simply gone.

Depression can become so severe that the person becomes suicidal. The constant feeling of emptiness and lack of joy takes a horrible toll on the psyche. It’s also common to see people with clinical depression attempt to self-medicate with alcohol and drugs, which only makes the problem worse and often leads to a co-occurring substance use disorder. If that occurs there’s a whole other set of negative impacts on day-to-day life from financial strain to the risk of overdosing.

How Ketamine Treatment for Depression Works

The latest research suggests that increasing neurogenesis is the key to treating depression, not simply increasing brain chemical supply. That is why ketamine can make a huge impact on depression when selective serotonin reuptake inhibitors (SSRIs) haven’t or no longer provide the same benefit. SSRIs boost brain chemicals, which supports neurogenesis, but these medications can only do so much. It takes a while (4-8 weeks) for antidepressants to grow nerves and improve neural connections. They also won’t have much effect if brain chemical imbalances aren’t the source of the neurogenesis disruption that’s causing the depression.

Ketamine has been shown to support neurogenesis, but not in the same way as antidepressants. One of the things that have stood out in the studies is how quickly ketamine treatments produce a positive effect. Instead of weeks or months to take effect as is the case with other depression treatments, ketamine provides improvements within hours. The fast-acting nature of ketamine is vital in cases where the patient is having thoughts of commiting suicide or harming themselves.

So, how is it that an at-home ketamine treatment can take effect so fast while the effects of antidepressants, talk therapy and electroconvulsive therapy are delayed? Researchers are still examining how ketamine affects the brain, but it’s believed the reason for this quick response is likely ketamine’s effect on NMDA receptors in the brain.

The ketamine binds to NMDA receptors. This increases the production of glutamate, a neurotransmitter that’s in between neurons. The increased glutamate activates AMPA receptor connections. When the AMPA receptor connections are activated it prompts a release of molecules that create new pathways for neuron communication. The generation of these pathways is called synaptogenesis. It’s a result of neuroplasticity, or the brain’s ability to change and restructure. Ketamine taps into neuroplasticity in a way that antidepressants do not, leading to faster neurogenesis.

NMDA receptor modulation is now believed to be the reason for ketamine’s accelerated improvement in depression. The process begins right away and rapidly. As synaptic connections are strengthened depression subsides.

Another factor that’s exciting the medical community is the fact that ketamine is shown to help people that are experiencing depression and anxiety simultaneously, a common co-occurring disorder. Today’s antidepressants don’t have that capability.

One study noted that sublingual ketamine troches provided better bioavailability than oral medication and are much more convenient than intravenous ketamine treatments. This is important because it indicates mode of delivery can impact how ketamine impacts depression.

Wondering if Ketamine Can Treat Your Depression?

If you are among the many people who struggle with depression yet haven’t found relief with traditional antidepressant medication, ketamine therapy may be the solution. To find out, take our free online assessment. It’s completely confidential, and within minutes you’ll know if at-home ketamine treatments are an appropriate therapy for your depression. 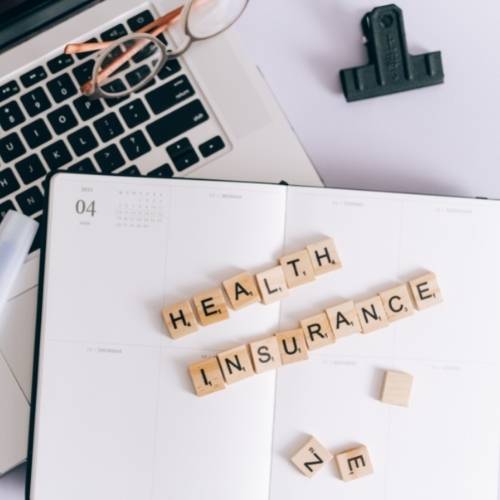